People who know me well know I hate trifle.  I've even ranted on this blog on why trifle is so wrong.  Why don't I like it?  It's sludgy like babyfood but with a whack of sherry.  I tend to prefer food which requires my teeth!  People often use really cheap ingredients into a dish which is basically assembly rather than cooking and expect the finished result to be great.  This is a dish where no ingredient can hide.

So I challenged myself, is it possible to make a trifle I would enjoy eating?  Well it turns out that yes, it is and this is it! 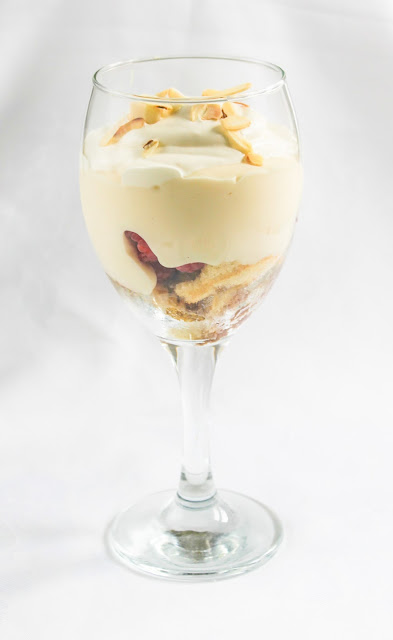 The big difference is the quality of the ingredients.  I made some vanilla cupcakes for the sponge which were made with proper vanilla and even with all of the other flavours, that vanilla came through.  I used Pedro Ximenez sherry which is the ultimate desert sherry, although it's strongly flavoured, the vanilla still stood out proud.  I didn't make my own custard but I used a really good quality fresh custard with fresh vanilla.  I also missed out jams and jellies and used fresh raspberries.  The last change I made was not leaving it for long steeping times, I went from assembly to eating in pretty quick succession so that everything retains a bit of texture rather than becoming an amorphous mass of sludge.

Is this an expensive dish?  Well it can be but most of my ingredients were from a discount supermarket at a fraction of the price you'd pay elsewhere.

Make the cupcakes if you are making and allow to cool.  I really recommend using real vanilla or vanilla extract (not essence) or buy some good quality vanilla sponges.

Break up the cupcake into the bottom of a glass dish or large wine glass, if you have small cupcakes you may want to use two.  Sprinkle with the sherry then top with the raspberries, then custard finishing with the cream. 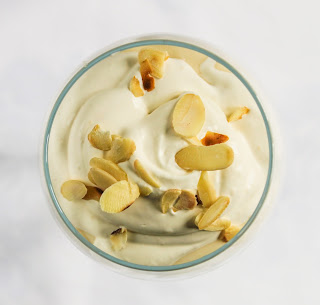 Add the almonds onto the top or a few extra raspberries if liked and serve immediately.