Celeriac is something I've never tried to cook with before.  With just over half the calories of potato yet a similar texture enabling it to be mashed, roasted, fried, it also makes the most wonderfully thick soup.

I saw somewhere, no idea if it's true that blended soups are great for filling your stomach and making you feel sated.  It's like water would pass straight through a piece of cloth but thick soup wouldn't,  Well that's my theory and it sounds a bit mad written down but anyway, it does fill you up. 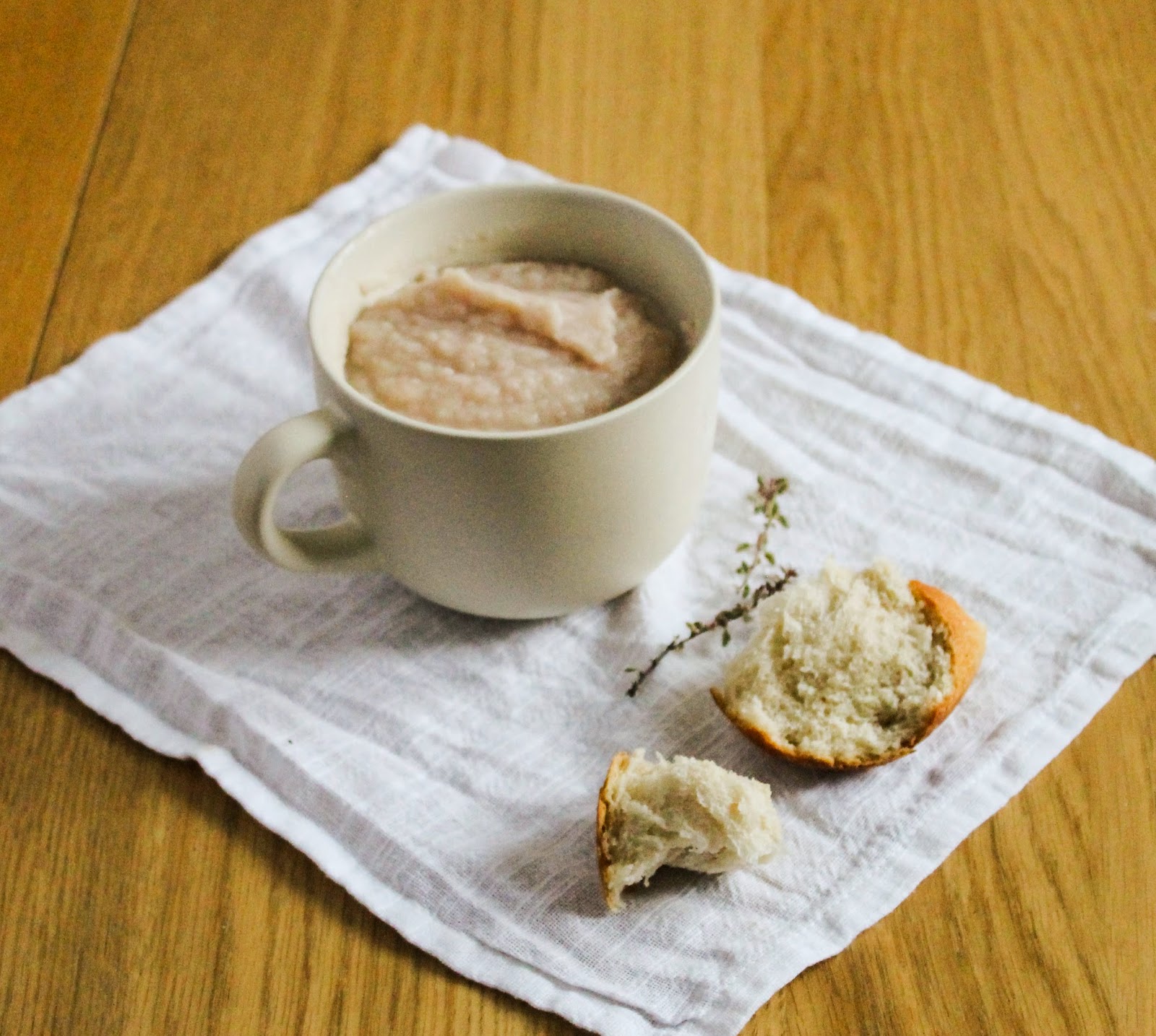 Ok.  It looks rubbish.  My reheated leftovers for lunch was described by my colleagues as looking "like baby..." ok, I will stop there.  But then they smelled it reheating and said "that smells really nice" and they weren't laughing any more and were starting to look a bit jealous, so give it a go.

Chop up the bacon and put in a frying pan with the onion and cook until the bacon is cooked through and the onion translucent.  Add in the peeled, chopped celeriac, chopped thyme and boiling water.  Bring to the boil then cover and turn down the heat.

Simmer for approx 15 - 20 minutes or until the celeriac is soft.  Blend, adding more water if you like, as you can see, it was pretty thick when I made it!

I've linked this up to recipe of the week.