It's a worrying thing having people who like your blog sometimes.  I've recently had a few vegetarian and vegan followers, then I bring out a salad featuring black pudding.  So sorry non meat eaters, this one is sadly not for you.

In my defence, I love vegan and vegetarian food but I also like meat.  I'm of the view as well that people who get squeamish about black pudding who are prepared to eat a pork chop need to get over themselves.  If you are going to eat meat, eat all of it, eat the 'nasty bits' too (you know the ones which cost very little but with careful cooking normally taste lovely) because if you are eating an animal, make the most out of it, respect it.  Don't be the person who only eats chicken breasts. 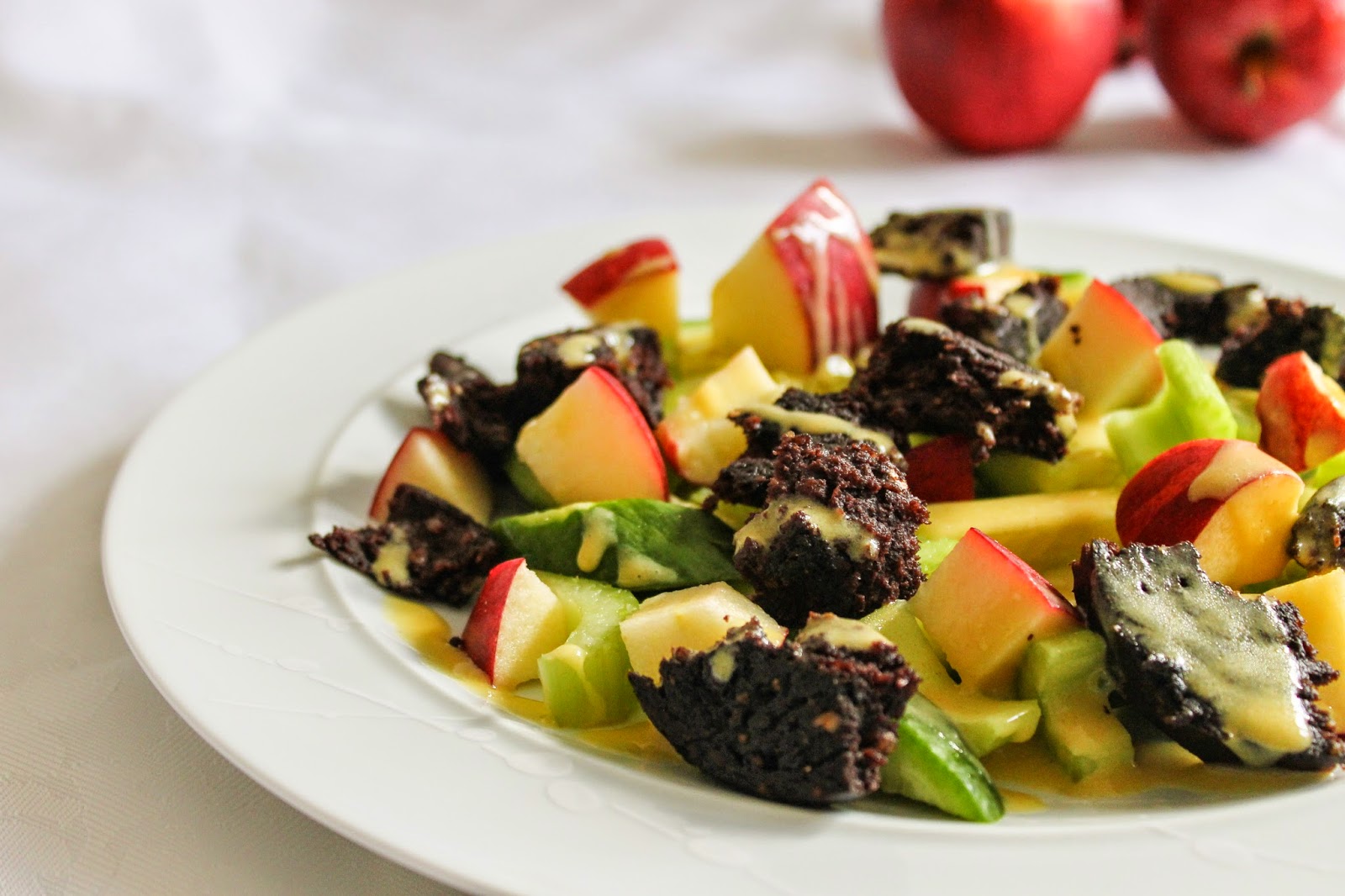 Anyway, after a 5.5 mile run, this popped into my head as a lunch idea.  It started off as black pudding with salad leaves in my mind but something more robust was called for.  Black pudding, made from pork after all should be natural partners for mustard and apple.


In praise of black pudding; I used to live in Scotland as a student.  My local corner shop sold the most amazing black pudding spiked with pinhead oatmeal and densely flavoured with masses of black pepper and what tasted like allspice.  How can you resist?  They also sold fluffy flour dusted baps.  Those rolls and crispy fried black pudding saved me from many a hangover.  Ok, it's a bit high in fat and much of it is saturated.  It's a bit heavy on salt too but pair that with all the good stuff it isn't massively bad for you, especially with some fruit and vegetables although I hasten to add, this was written before my recent health kick.

I would be tempted to say this was a "Man's Salad", however, I concede that I might also be putting off meat eaters by my inclusion of celery.  Wow this really is a tough sell of a recipe isn't it?  Just go with it!  The vegetables give crunch, the apple sweetness, the dressing spice and the black pudding an almost creamy yet iron filled deliciousness.  Try it...

Dry fry the black pudding in a non stick frying pan turning occasionally until hot through and a little crispy. 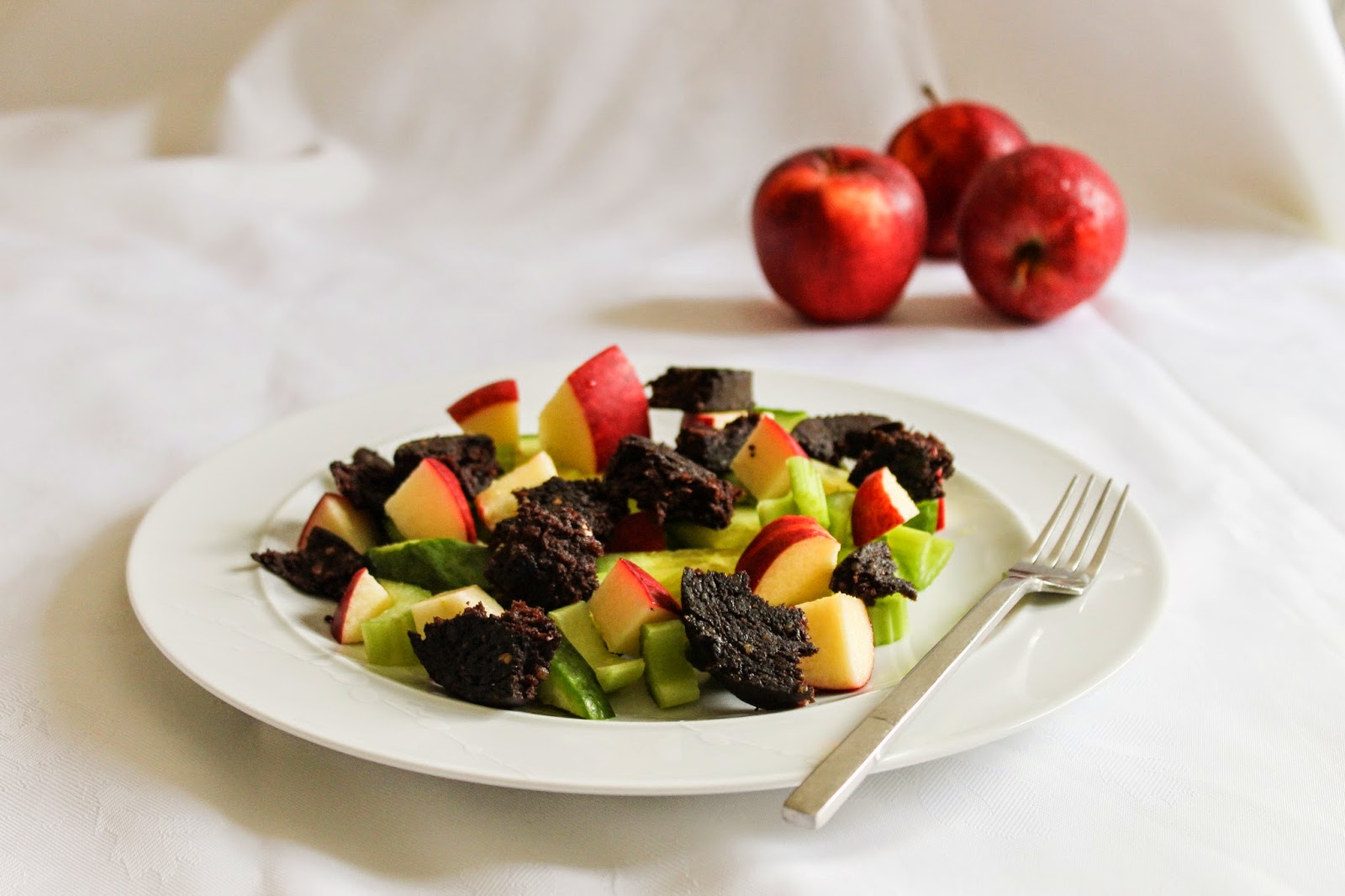 Cut the celery, apple and cucumber up into bite sized pieces.  Crumble the cooked black pudding on top and drizzle over the dressing. 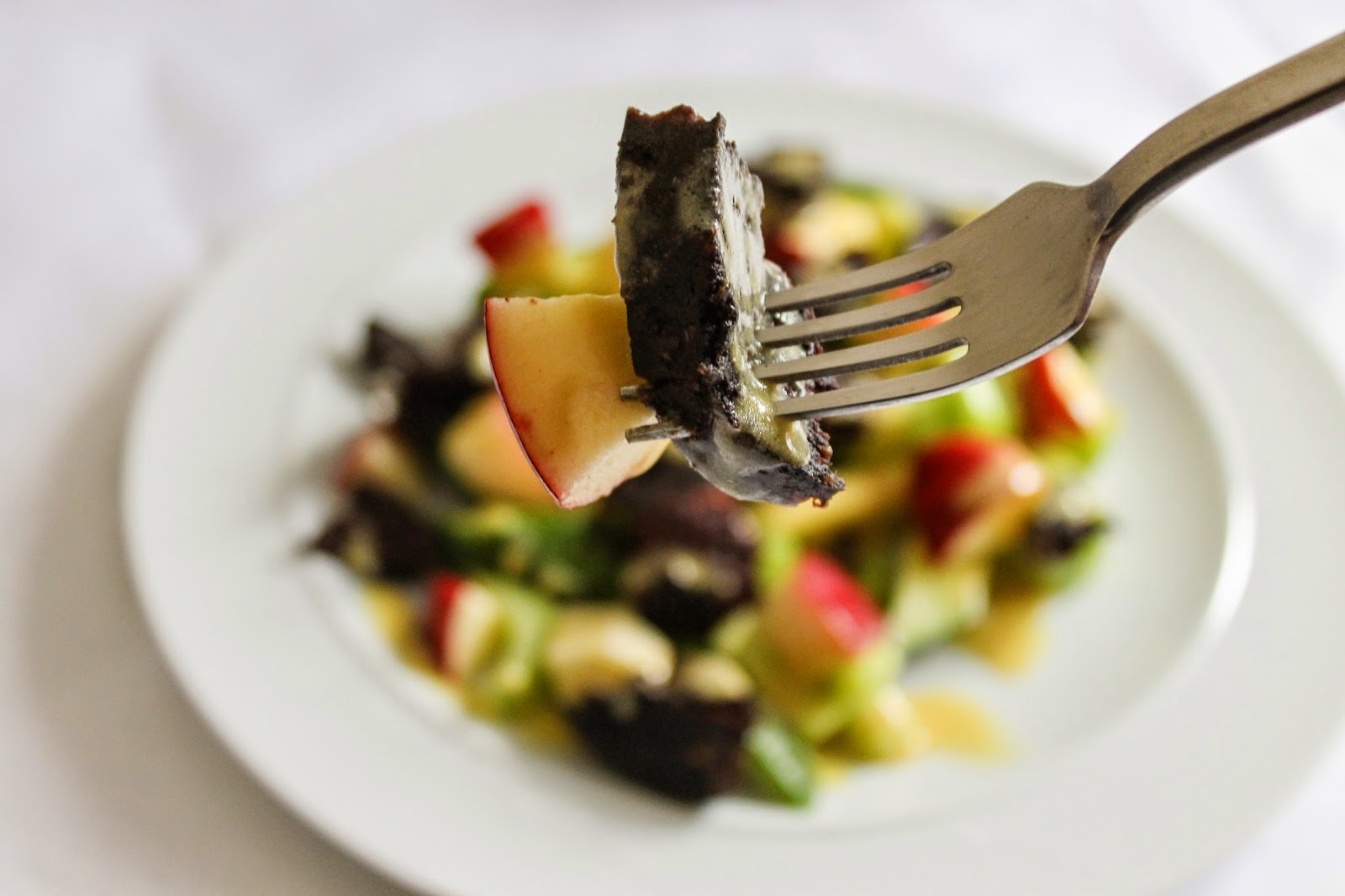