Smoothies aren't something I've ever been that interested in.  They are seen as healthy but contain far more calories and often sugar than you expect.  I remember I was put off them when buying one in a shopping centre and seeing them put in banana and ice cream!  That's not a smoothie, that's a milkshake!

But I am trying to keep healthy in the new year and trying to increase the amount of fruit and vegetables I eat and by making a smoothie yourself, you know exactly what's in it.  I'm also not having this as a drink but a breakfast which is a very different thing.  In winter, frozen berries can fill the gap when fresh fruit is less available, they're often much cheaper and by freezing, much of the nutritional content has been preserved unlike berries which have been flown half way around the world before reaching you.

So I have decided to try smoothies again and my first attempt is one including fresh and frozen fruit and, unusually is both banana and dairy free.  I've added a bit of seasonal spice to make more wintery and what's even better is I can take this with me, put in my cup holder and drink while I drive to work.  A great way to make time for a morning workout.

Slight warning; this does contain seeds from the blackberries.  You could sieve them out but I say "live with it".  It's more roughage! 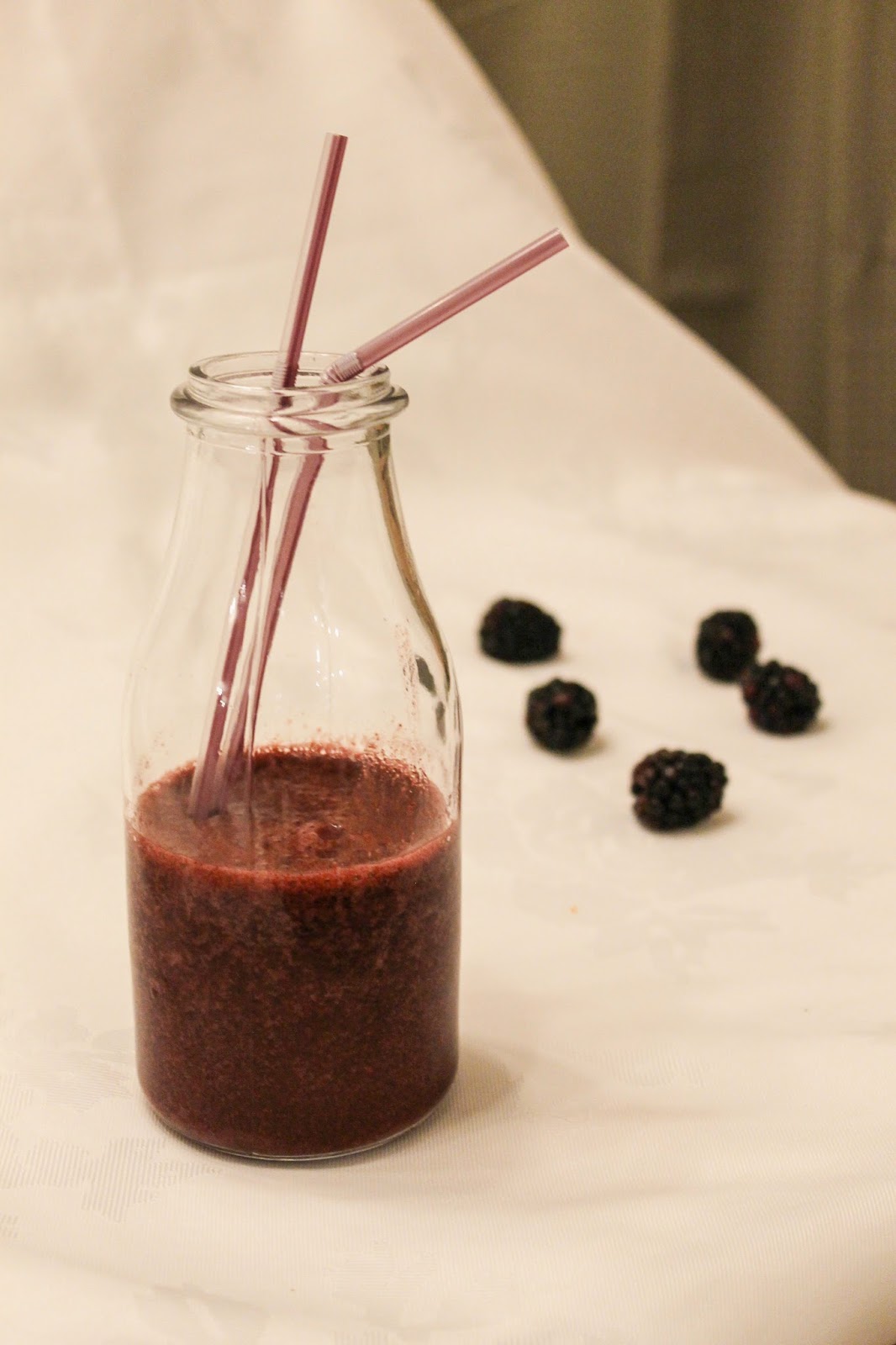 50g, 2oz frozen cherries (it's great to use frozen ones as these are normally pitted for you and cheaper than fresh!)
100ml, 3.5 floz, just under half cup grape juice
50g, 2oz blackberries (fresh or frozen)
50g, 2oz clementine, tangerine or satsuma segments (approx 1 small fruit)
1/2 tsp cinnamon
1/2 tsp vanilla extract

Put all of the ingredients into a jug blender.

Blend until smooth.  Pour into a glass or bottle and serve. 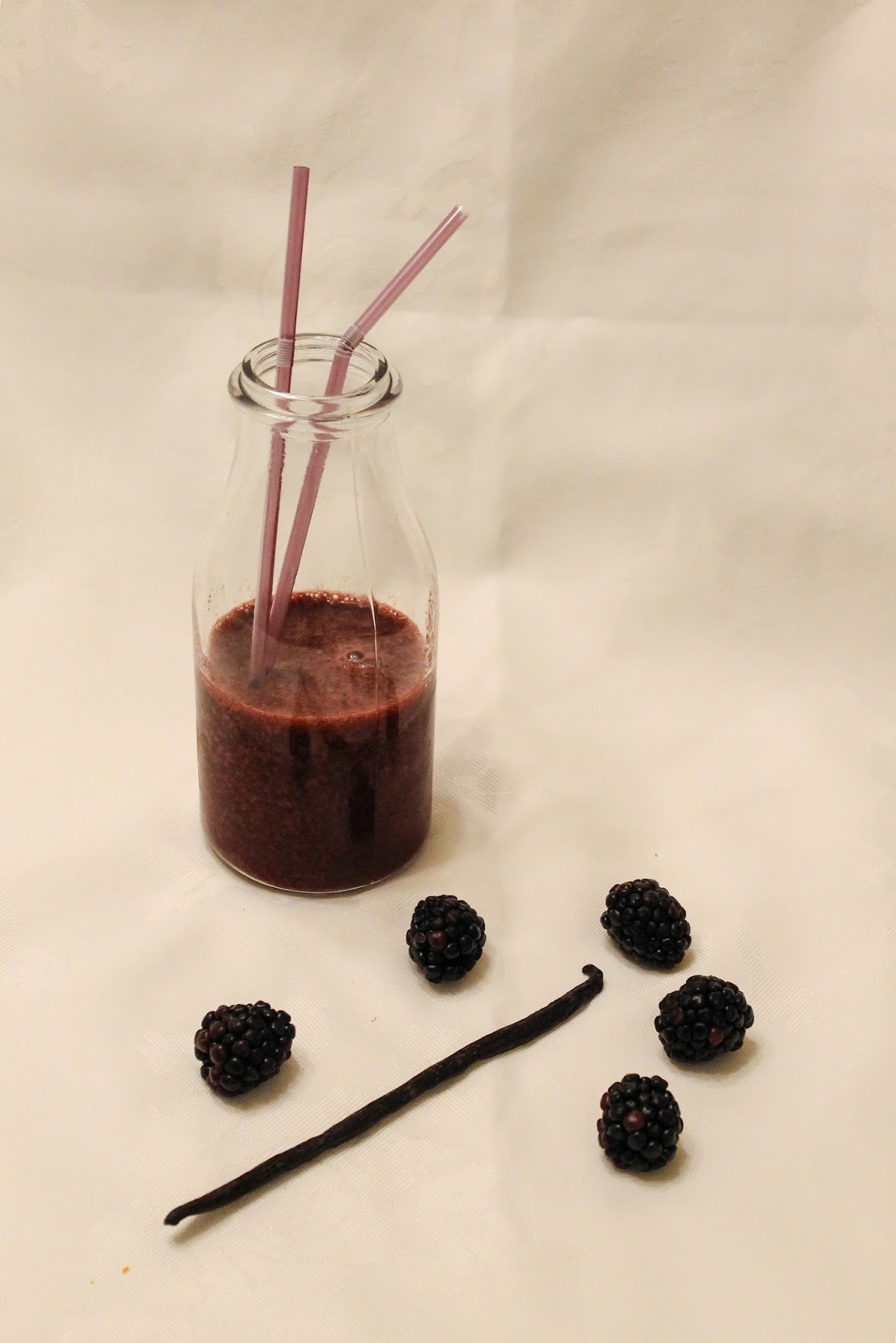 The result?  A delicious smoothie, with no added sugar, dairy free, full of antioxidants and healthy stuff and at least two of my five a day. 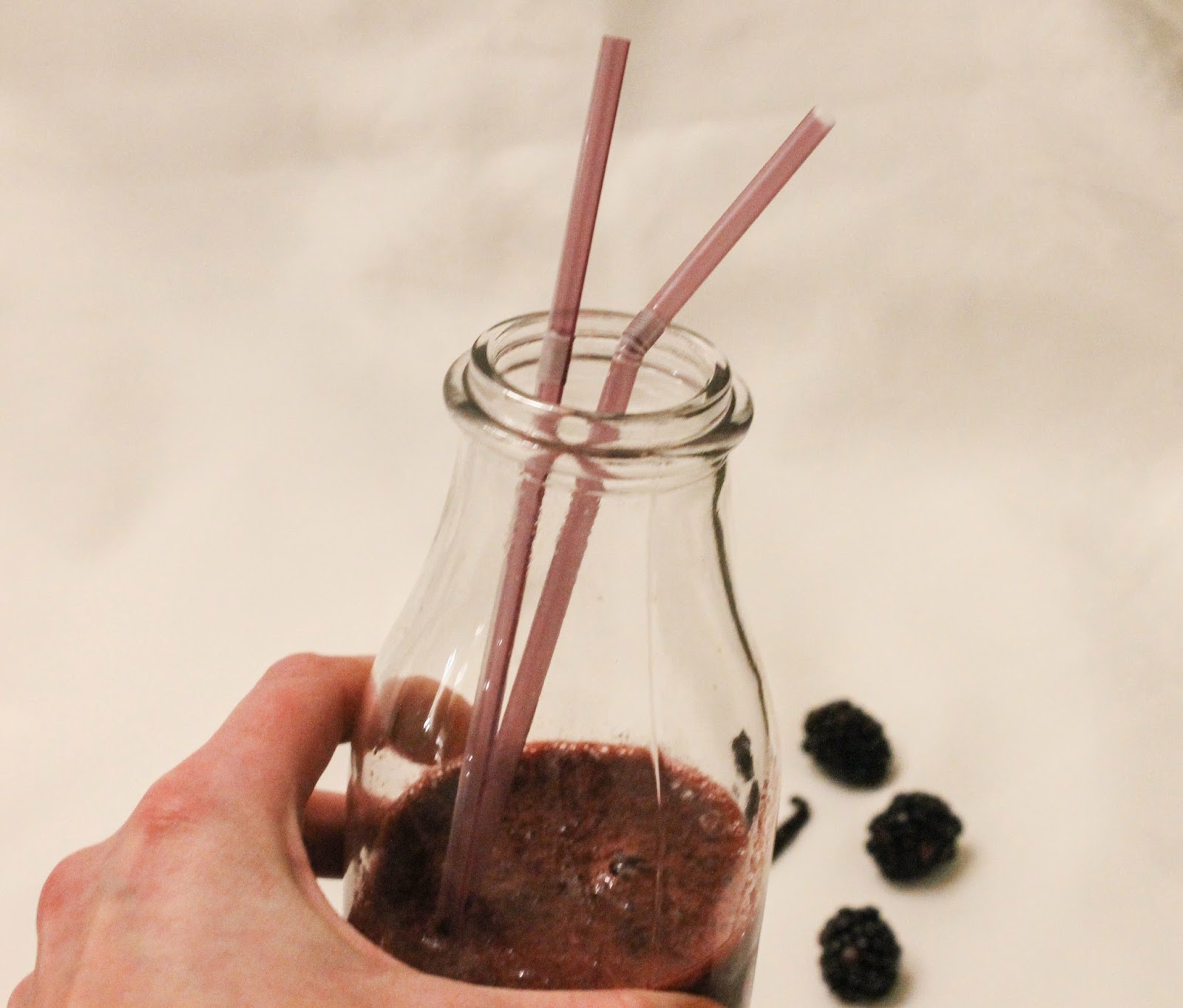 The cinnamon and vanilla add layers of flavour without calories.  I'm definitely being won back over to smoothies!

I've linked up to Urban Naturale's healthy link up here.