What's in season in August?

August is in full flow and the tomatoes and courgettes are still adorning our plates.  Also due to different methods of growing the UK strawberry season now extends far beyond Wimbledon fortnight but here are a few things coming into season now. 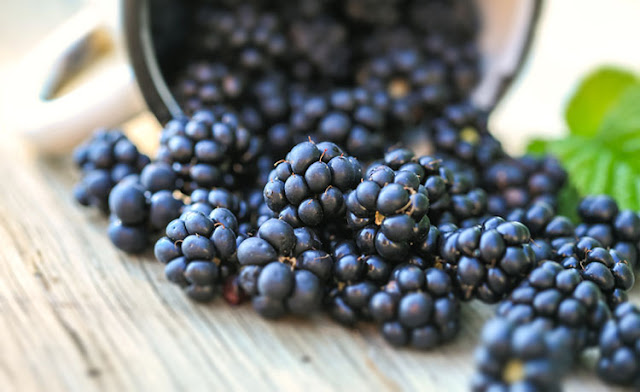 The wild blackberries are just starting to ripen.  I noticed two or three already black when walking yesterday.  Within 2 weeks there will be enough to start picking.  Did you know that there are many kinds of wild blackberry which is why the season goes on so long, through September, sometimes into October depending on the weather.  This year I'm determined to pick loads to make a big batch of bramble jelly.  It is a supreme labour of love to make facing picking every blackberry by hand, with the associated scratched arms and stained fingers.  Still it's worth it as you're spreading the jam onto your toast in the cold winter months.

Commercial blackberries with their milder but sweeter flavour are also coming in right now and these are great to eat raw in bowls melded with other berries and creamy yogurt like in this blue breakfast bowl.  You could always use soy yogurt and maple syrup to make it vegan too. 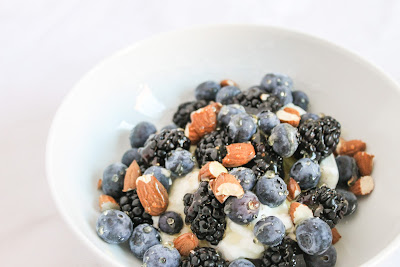 Peppers are coming in and my chillis are looking promising in my greenhouse.  Sweet peppers are a surprisingly abundant source of vitamin C.  1 medium sized red pepper contains over 200% of your vitamin C needs for the day.

There are pretty much always peppers in my fridge.  If I'm honest, I still buy them when they're not in season but at this time of year they are at their most delicious and natural sweetness which makes it a great time of year to make gazpacho with delicious still in season tomatoes too.  What's also great about trying to eat in season is how cheap the best produce is.  I picked up a huge bag of peppers the other day for £1. 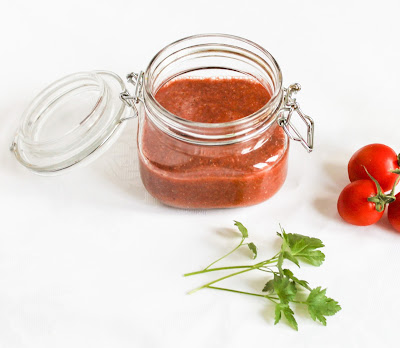 Beetroot is also in season and it's not something I eat a lot of despite it's delicious sweetness.  You might like to try it in this salmon salad but it's also great roasted. 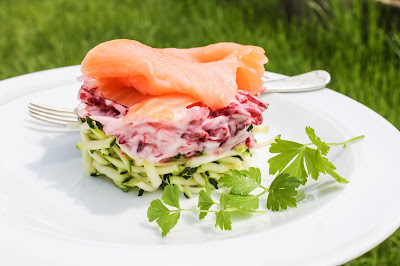 I do love the look of the candied beetroot varieties though and think they look stunning shaved into a salad so keep your eyes peeled (oh dear) for future recipes.

The last in season vegetable I'd like to draw your attention to is strictly speaking a fruit, cucumber.  I have a friend who would get through 4 cucumbers in a week and similarly I will happily crunch away on a chunk of cucumber as a snack.  They are so cheap at this time of year, less than 50p each in most supermarkets at the moment.  There are loads of different ways to eat cucumber and a quick search on my blog came up with 29 recipes!  That said, for me, Greek food is where cucumber stars in both Greek salad... 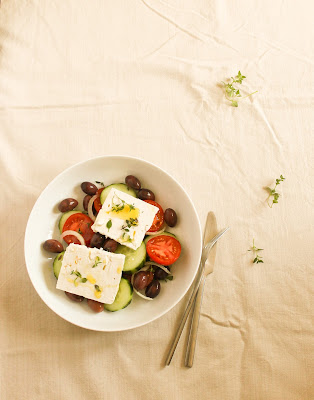 ...and in the Greek dip tzatziki.  The lovely and cooling counterpart to the almost spicy garlic and creamy yogurt. 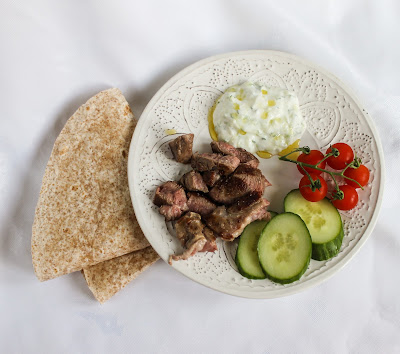 Linked up to the healthy, happy, green and natural party hop.
Created by Heidi at 08:30:00