We all end up cooking too much on Christmas Day.  In a lot of ways I wished when I saw my groaning table I'd joined up with Spare Chair Sunday but I know that a lot of you are looking for something to use up those Christmas goodies. 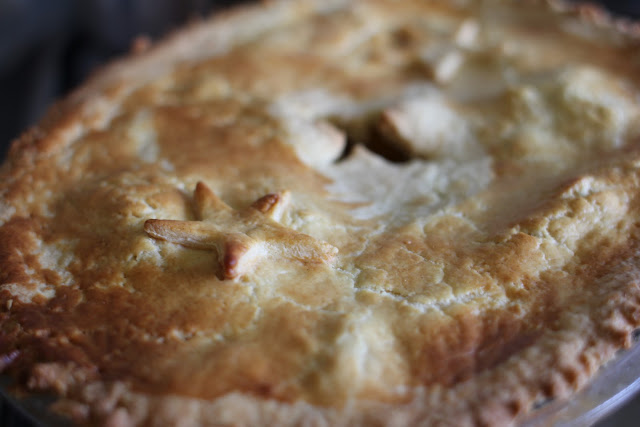 Either in a saucepan or slow cooker, put the chicken carcass in with water and the stock cube and simmer for an hour on the stove or 3 hours in a slow cooker (if you are doing this on a hob, add more water and keep an eye on it as it could boil dry.)  The reason I use the stock cube is you can't quite get enough flavour out of one chicken carcass.

In the meantime, cook the squash by boiling for 10 mins in water.  Strain.

Strain the stock and throw away the bones.  I had 200ml once I'd finished.  Mix 1 tbsp cornflour (cornstarch) with cold water.  Heat the stock in a microwave until boiling then add the cornflour paste in stirring all the time until thickened slightly.  You want it to be a slightly thin gravy.

Alternatively if you have enough you can just use leftover gravy from the big day.

As the gravy and squash are cooling, switch on the oven to 180oC / 350F.  Then make the pastry by rubbing the butter into the flour and cornflour (cornstarch).  The reason I use the cornflour is to get a shorter texture, i.e. to make the pastry more crumbly but you don't have to and can substitute it for more flour.  Once the butter is rubbed in, add 2-3 tbsp of cold water, a bit at a time until you can bring it together as a dough.  Chill in the fridge until everything is assembled.

Put the stuffing, leftover chicken, squash and the gravy you made into a baking dish. 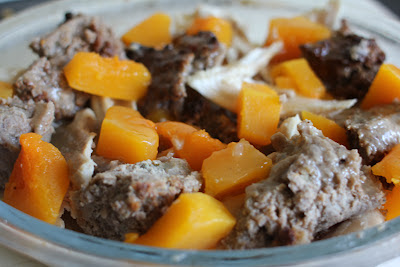 Roll out the pastry and put on top.  Trim around the edge (I use a fork to press it to the edge too and make a patterned edge) and use the trimmings to make decorations if liked.  Make a hole in the middle as a vent. 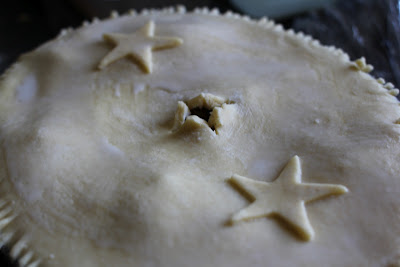 Brush all over with milk and then bake for approx 40 mins or until well browned and the filling is bubbling. 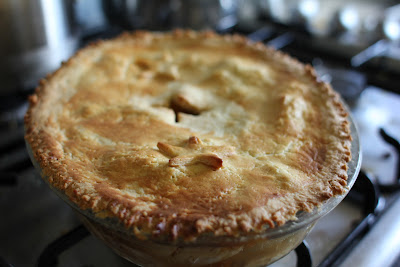 Serve with vegetables and feel smug at making something so delicious with leftovers! 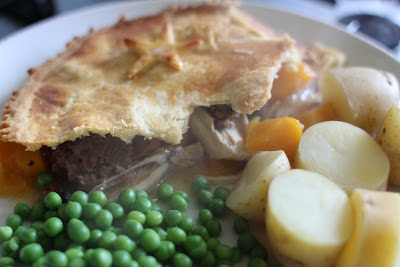 This recipe first appeared on Mamacook and has also been featured on the Love Food Hate Waste website but was written by me (Heidi) which is why it has been republished with some alterations here.
Created by Heidi at 06:03:00