Dhal is one of those recipes I turn to in desperation when it's the end of the month and the bank account is looking sickly.  I then often wonder why I don't make it more frequently.  Maybe it's because it's the ultimate "you already have all the ingredients in but you didn't realise" recipe?  Or maybe because it seems so humble being made from such cheap ingredients and being vegan?  Who knows but every time I make it, I think "I should make this more often!" 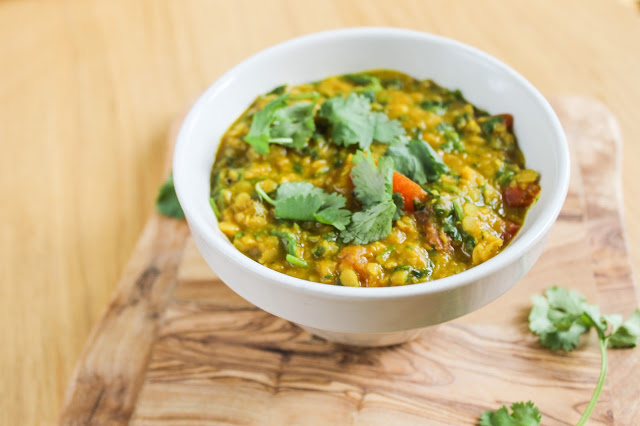 Don't be put off by the long ingredients list, most of this can be prepared as you go.

Put the red lentils and water in a saucepan, bring to the boil and boil for 10 minutes.  Lower the heat and simmer until fully cooked.  Stir frequently as the lentils can catch.  Lentils vary widely on how long they take to cook, they can take 40 minutes allegedly (they never seem to for me) or as little as this initial 10 minute boil so keep an eye on them and also stir regularly.

While the lentils are cooking, fry the onion, garlic and chilli in a tsp of oil until starting to brown.  Add the ginger, tomatoes, garam masala, coriander, turmeric and pepper and bubble away until it forms a thick paste.

When the lentils are cooked, stir in the spinach and cook until fully heated through.  Add in the paste and heat through until bubbling. 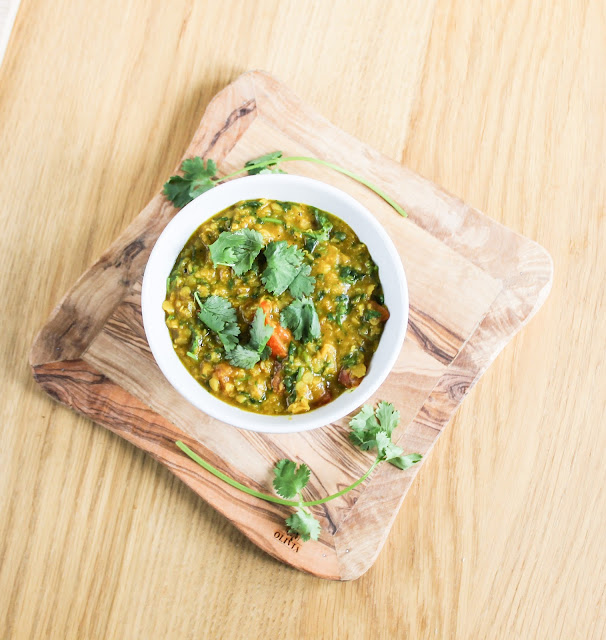 When ready to serve, heat the remaining 1 tsp oil in a frying pan and fry the seeds until they're starting to pop (don't burn).  Pour onto the dhal and stir in.

If you have some fresh coriander (cilantro) to serve, add that in, I also like it with a generous dollop of mango chutney.  Equally at home and comforting on it's own, as lovely as a cuddle with a naan bread or chapatti, also great with rice or a side dish for chicken tikka. 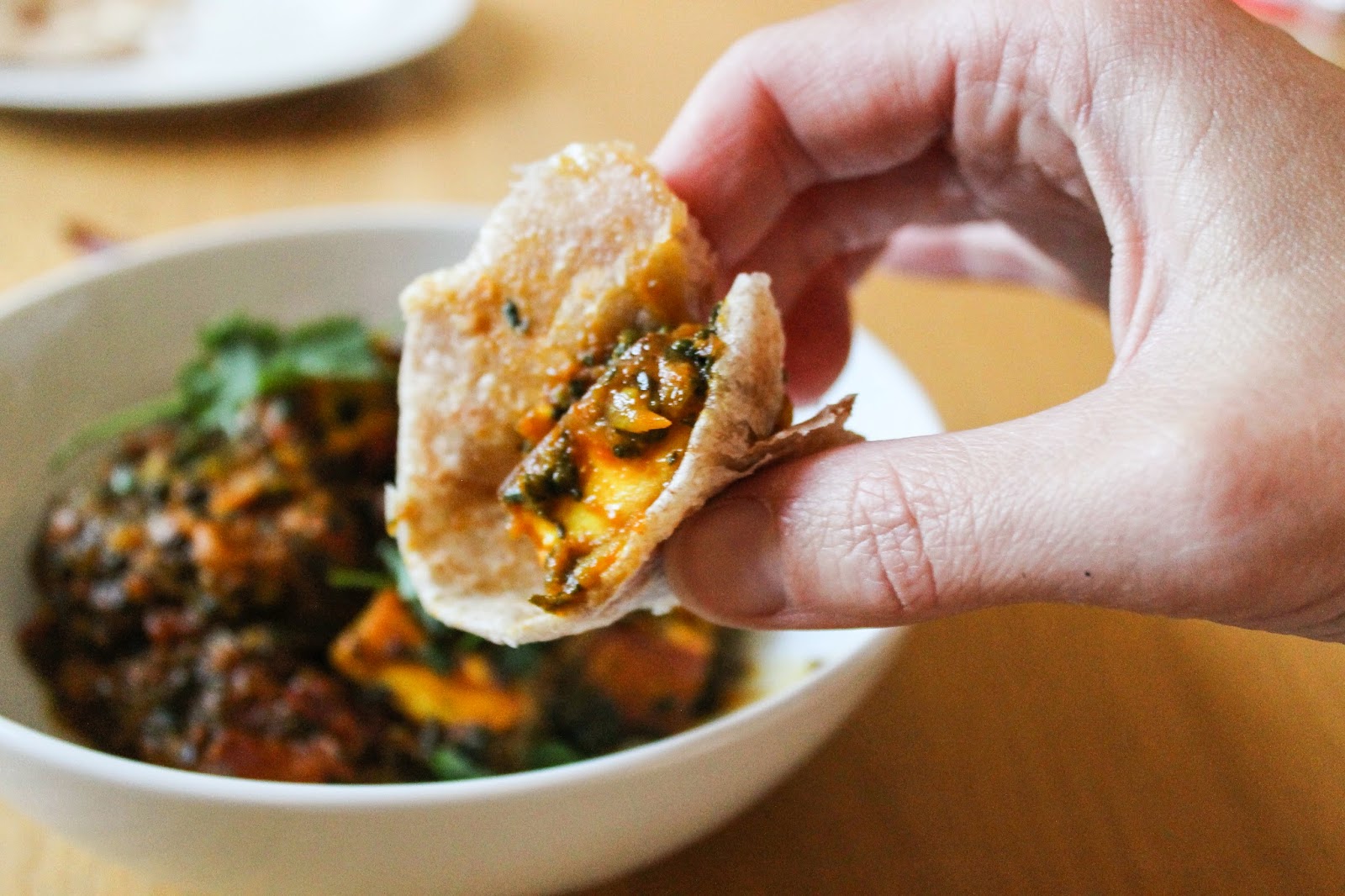 It's worth freezing in small portions so you can then feel properly loved having a thali another time.


I've linked this up to Recipe of the Week.