Great Cheap Eats (for students or just for saving cash!)

It's University time in the UK and millions of Freshers will be leaving home for the first time, armed with a saucepan, a frying pan and a magic marker to label up their food in the fridge. 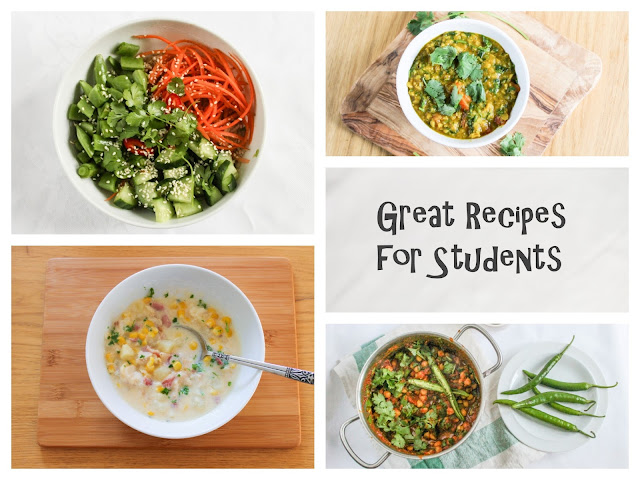 A few lessons from my time at University (many) years ago...


So here are a few recipes which will hopefully make your Mum smile that you've not completely fallen to bits and been unable to cope (even if you do go home to visit with bags of dirty washing.)

One of the key learnings on eating on a budget is you don't have to eat meat all the time, even if you are not vegetarian or vegan and really if you give it a bit of effort, you don't notice it either.  Indian food (however inauthentic) naturally works with vegetarian options and this is also how a store cupboard can come into play.

I've suggested tinned chickpeas for this chickpea curry but if you want you could always cook up a huge batch of dried chickpeas then freeze any you don't use for another time. 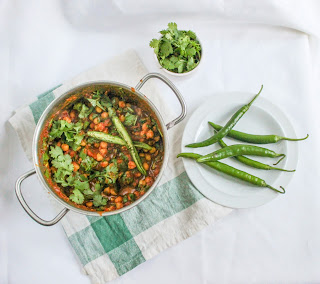 Of course dhal is another great way to have a veggie (or vegan) curry.  It's worth having a look out for big bags of lentils and you can often get great big bunches of coriander from Indian supermarkets or from mainstream supermarkets in areas with a large Asian population. 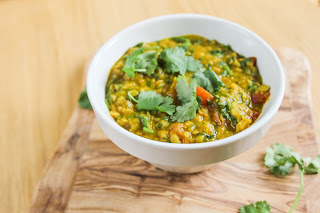 A biriyani is a labour of love but tastes so good I didn't bother to spend ages setting up the picture for this one so you are going to have to trust me.  Again this is vegan so cheap and cheerful.

A Thai Green Curry is also great with vegetables as well as if you have enough money for chicken or fish. 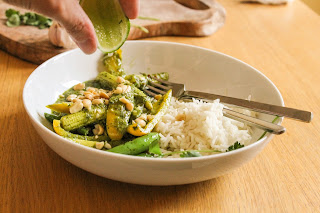 Other rice and noodles

Fried rice is a way to just use up what you have.  A bit of meat if you have it?  Some vegetables?  Fresh or frozen?  All good. 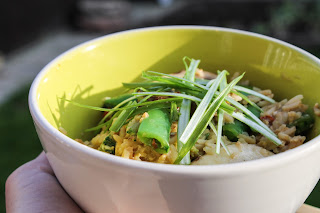 A Buddha bowl is another great way.  Cook some rice, top with raw or cooked vegetables and a dressing and you're there. 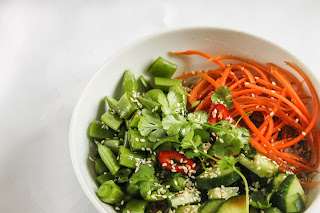 Peanut and sesame noodles are a great way to have your veg and eat it!  You can cut down on the number of vegetables to make it easier and less expensive or swap for cheaper ones.  This would be great with pepper and carrot strips for example? 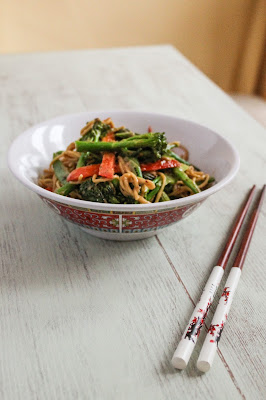 Rice is not the only basis for a meal and pasta is an absolute student staple.

This mushroom pasta recipe looks fancier than it is and was one I used to cook regularly at university. 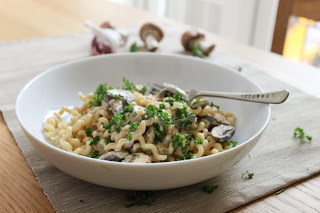 A pasta bake is also a great way of using up any leftovers or stuff in the fridge.  Here's a basic recipe but feel free to throw in what you have! 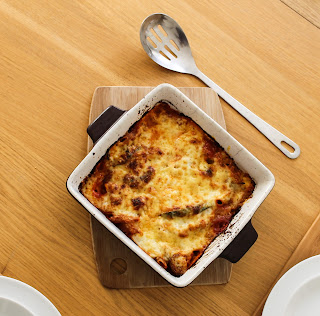 The tomato season is just coming to the end but while they're still flavourful, this very simple tomato pasta (cooked in less than 10 minutes) is a great way to have them at their best. 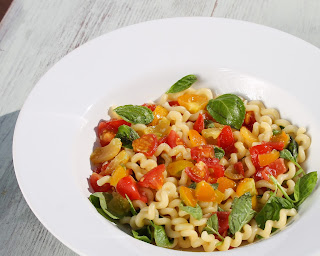 Vegetarian lasagne is a student staple.  This recipe is from my old blog, Mamacook, I keep meaning to review it and rewrite it but it works well as it is.  If you are cooking for strict vegetarians, check whether the pesto is vegetarian as many aren't (as they use non vegetarian cheese). 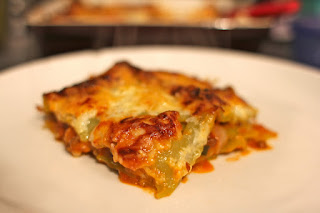 Of course you can buy soups but making them isn't much more of a chore as with many soups you can freeze leftovers if you have the freezer space.

Tomato and basil soup is an adaptation of my tomato and pesto soup from my old blog.  Both are great, the former is vegan and nut free as well.  Leftovers also make a great pasta sauce and freeze well. 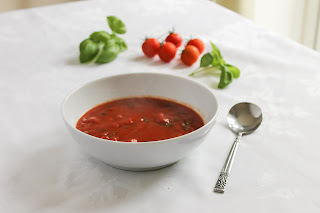 Chowder doesn't freeze well but can be made using cheap ingredients like frozen pollock and frozen sweetcorn. 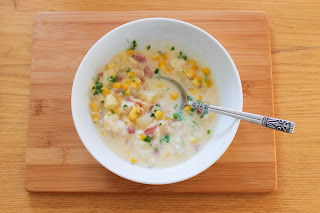 Lentil and bacon soup is as cheap as chips to make and so much better than the canned stuff.  One of my son's favourite recipes which freezes really well. 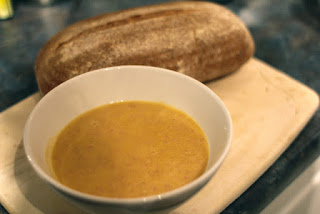 University was the introduction of slow cooking to me.  Basically there are a few simple rules.


Anything cooked in a slow cooker freezes well so it's worth making big batches.


Chicken stew is a great alternative to a roast dinner. 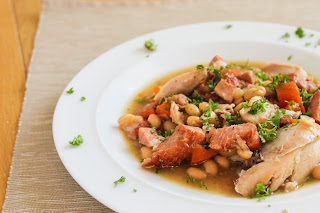 Oxtail might sound scary but actually it's really easy and cheap to cook and tastes delicious. 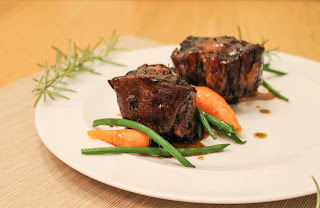 Turkey isn't just for Christmas.  Often you can get really cheap turkey at other times of the year which is great for making into a turkey stew. 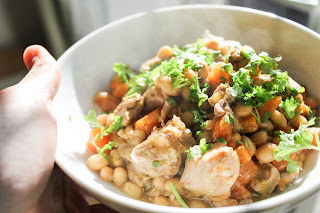 When cooking a recipe at University there are a few food swaps you can use to make it cheaper without losing out (too much) on flavour.

But most of all, going to university is a great way to discover cooking.  I enjoyed cooking before I went but food is a great way of making you feel great.  We were all Freshers once, full of confidence in front of our parents but secretly so nervous.  Why not ask your family for some of their favourite recipes you can take back and recreate while you're away?  Whenever I felt homesick, I would cook a roast dinner.  My old housemates who were lucky enough to get fed as a result still talk about it now.

Linked up to Simply Natural Saturday

Linked up to just another linky
Created by Heidi at 07:09:00