Porridge has been one of the few breakfasts I'd go for while trying to eat 'clean', eggs being another but apart from that, so many breakfast offerings are packed with sugar, salt or processed so heavily.  What has made breakfast the meal where we just can't be bothered?  This is when you realise it takes about 5 minutes to make porridge and 6 minutes to boil an egg.  Are we really that busy? 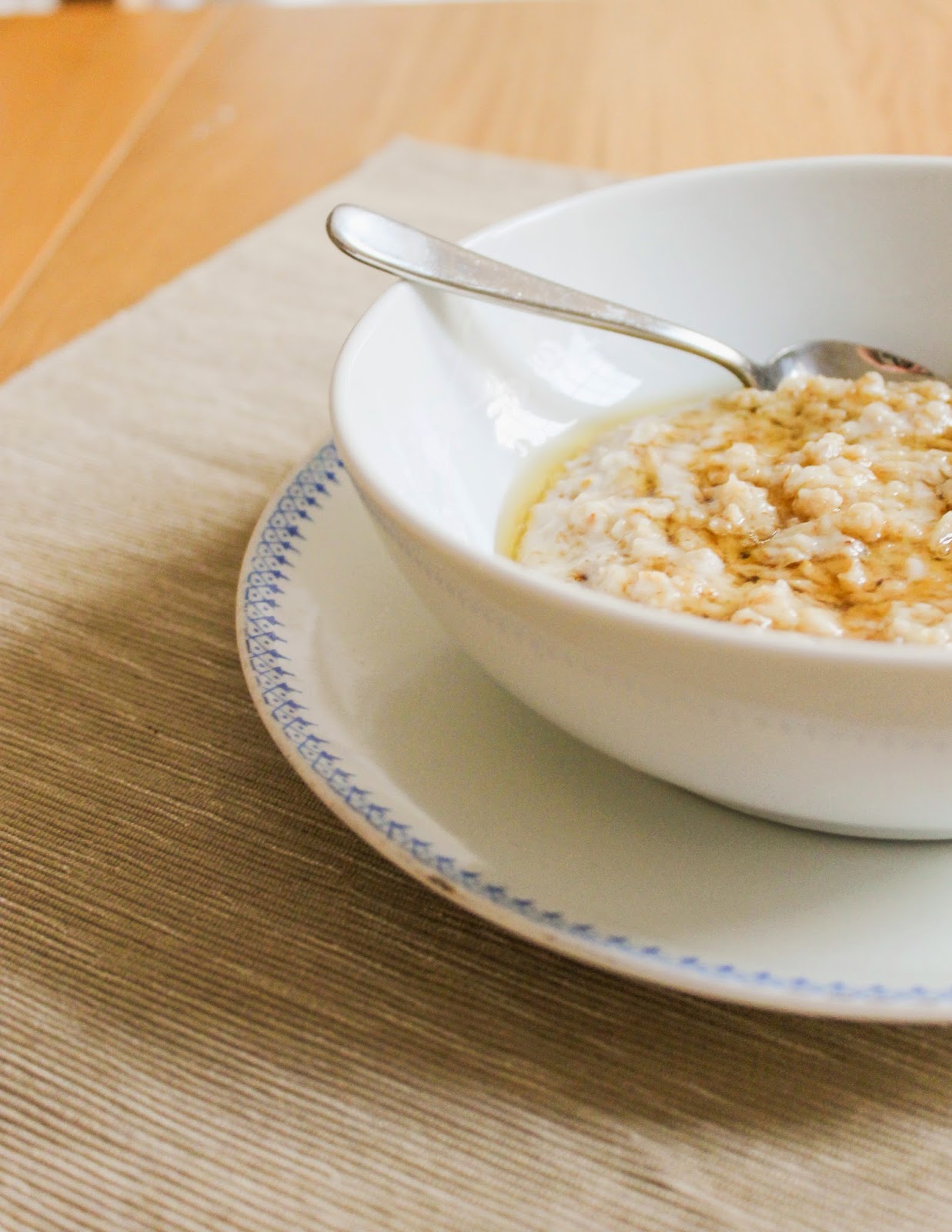 Porridge, eggs, they both fill you up and set you up.  How could you be offered eggs or porridge and then say "no thanks, I'd rather have Froot Loops?"

Mix the oats and the milk in an oversized bowl or jug.  Go at least 4 times the volume if not more as it may boil over.

Heat in a microwave on high for 4-5 minutes stirring once during cooking.  Once cooked, slowly mix in extra cold milk to the texture you prefer.  This also helps cool it slightly.  Serve as it is or with honey or syrup if you prefer (and aren't being too good!) 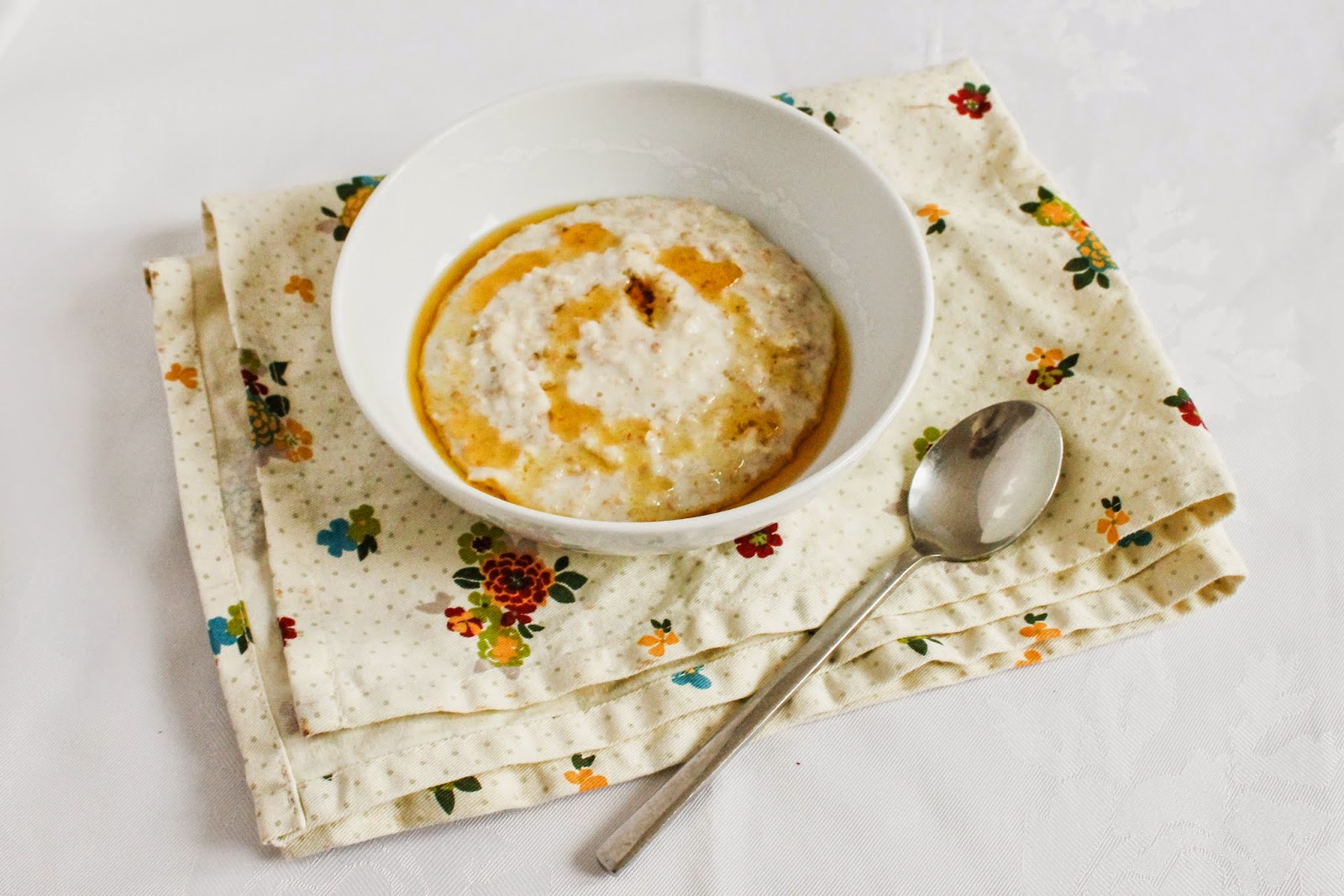 So this is my last day of my three day clean eating challenge.  How do I feel?  It's challenged my eating habits more than I expected.  I've eaten much less bread than normal.  I hadn't realised how much bread I was eating if I'm honest.  A few times I went to go for a cake and then stopped myself.  But I also failed.  As you can see above, my porridge is adorned with golden syrup.  I had a couple of chocolates too.  I ended up in that cycle of guilt a dieter gets into of craving and craving something desperately they know they can't have.

Physically I felt a bit leaner if that's possible in so few days but the deprivation of not having what I want made me feel less inclined to exercise.  In the end due to not wanting to eat refined and processed foods, it forced me out of eating a lot of wheat based carbs, I ended up eating the faddy foods I really don't think are what healthy food is all about (cauliflower rice, you're getting a name check here buddy.)

But I was doing this as a shake up.  I went out for lunch with my son for a meal and, rather than order a pizza as I would have, I had a salad which I really enjoyed as much as I would have enjoyed the pizza.  I think I needed a shake up to start making some healthier choices but the restriction of doing this all the time was too much.  I think I like the idea of it though and could happily settle with an 80/20 approach.  Also I stretched myself to make my own tikka paste and it worked a treat.
Created by Heidi at 15:50:00