Broccoli with Chorizo and Broad Beans

I love broccoli, I know the world doesn't agree with me and it's almost as unloved as my other favourite vegetable, brussel sprouts but for me, broccoli is a flavour packed powerhouse.  The fact it's also good for you is a bit of a bonus.

I was trying to think of a new way to serve broccoli because I had some tenderstem in my fridge which needed eating up.  This was what I came up with.  As a vegetable fan, I ate this on it's own, that's the joy when you're cooking for one, no-one judges you for a plate of vegetables but it might be nice as a less meat heavy tapa or as a side dish to serve with something complementary; fish could be good. 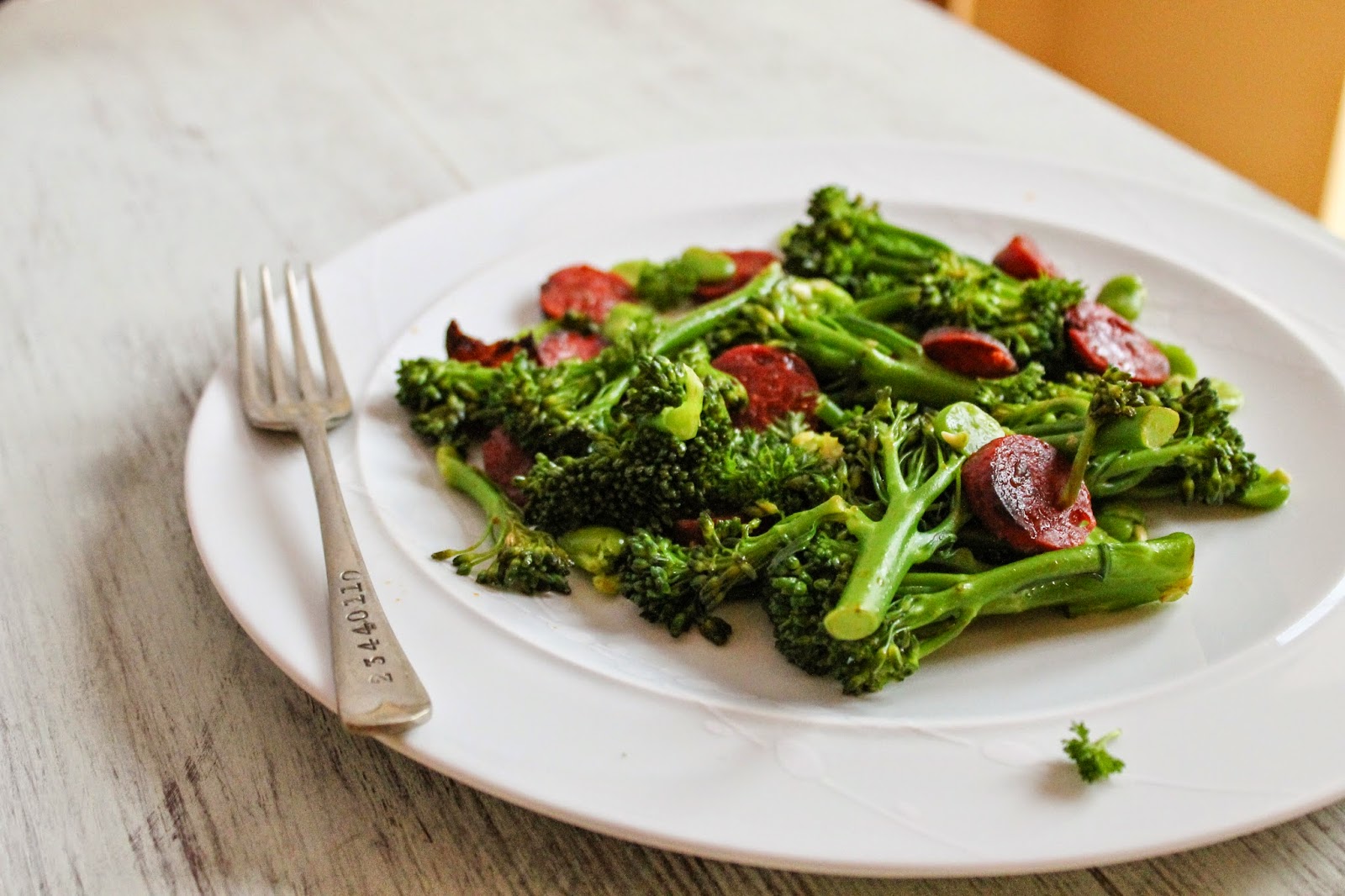 We could all do with eating less meat for health and environmental reasons.  A lot of my recent recipes have been vegetarian but this, although containing meat, uses it more as a 'spice' than as a major component.  If you want to reduce your meat consumption without giving it up, that's one way to approach it.


Broccoli, Chorizo and Broad Beans - Serves 1 as a main course

Fry the chorizo in a dry frying pan for a few minutes until releasing the oils and browning.  In the meantime, boil the broccoli in water for 5 minutes and boil the beans in water until they come to the boil.

Drain the beans and, if liked, double pod them, i.e. remove the little wrinkly skins. 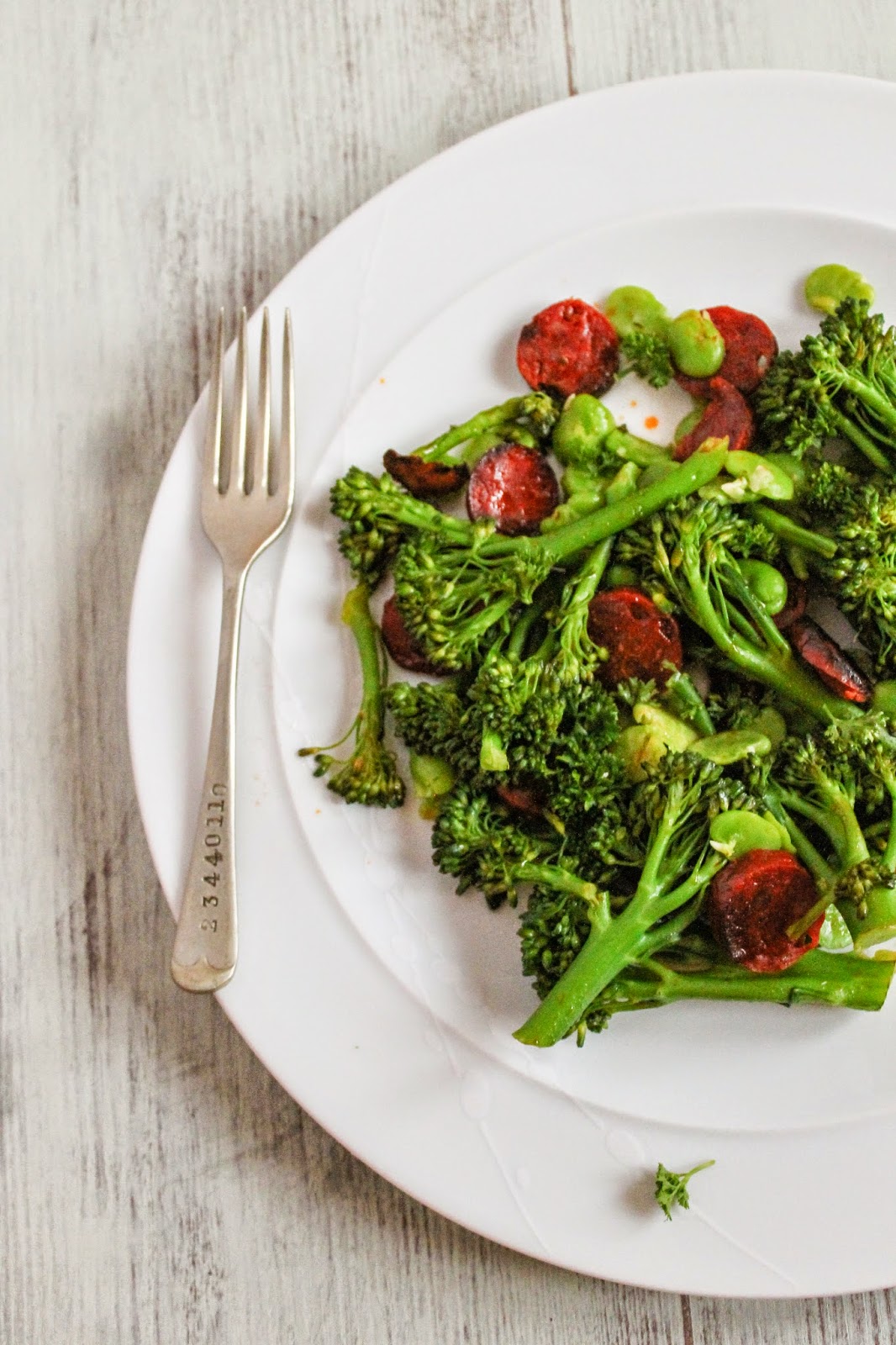 Pour the drained vegetables into the chorizo, stir around for a minute or so, add a squeeze of lemon juice, season with salt to your taste and sprinkle on parsley to serve.